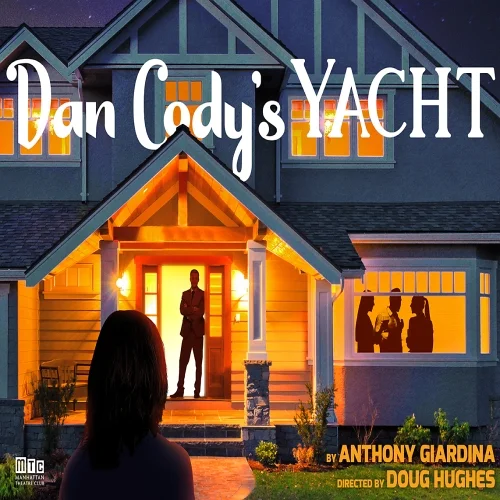 In a small Boston suburb, a schoolteacher is struggling to get by when the wealthy father of of one of her students surprises her with a financial proposal that could change her daughter’s life. Suddenly their worlds collide in ways that open up the question: What truly separates the haves from the have nots? DAN CODY’S YACHT probes the troubling relationship between finance and educational opportunity in America.

The City of Conversation 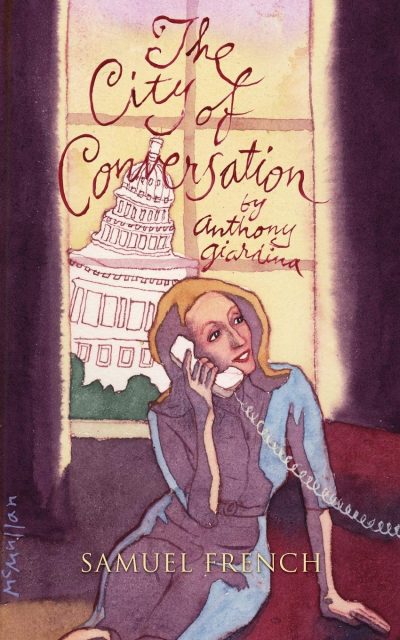 In this play spanning 30 years and six presidential administrations, Hester Ferris throws Georgetown dinner parties that can change the course of Washington’s politics. But when her beloved son suddenly turns up with an ambitious Reaganite girlfriend and a shocking new conservative world view, Hester must choose between preserving her family and defending the causes she’s spent her whole life fighting for.

“Mr. Giardina’s stimulating play illuminates the emotional toll that living in a house divided (and a country divided) can take on its inhabitants.”-  The New York Times

“The City of Conversation achieves something that eludes many other plays about Washington: a savvy description of social skill as a political art, in a city that’s defined by political science… Giardina’s handiwork presents to the world one of the most fair-minded, even compassionate views of the partisan struggles of the city’s political classes you’re likely to encounter these days.”-  The Washington Post

Custody of the Eyes 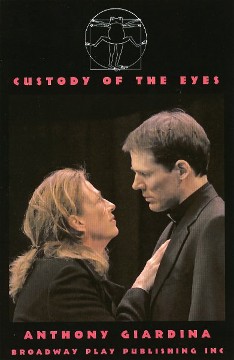 On an island in Maine, two men of the cloth- a Bishop and a disgraced former priest- conduct an investigation into the disappearance of a young priest. As his story is recounted, we see the young priest- Edmond- and a parishioner, Sheila, meet. Sheila wants Riley, her eleven year old son who has Canavan’s disease, to receive communion. Edmond tries to educate a child considered incapable of communication.  As Edmond becomes more involved with Sheila and Riley, he begins to question his religious and human role. In need of her own spiritual guidance and companionship, Sheila challenges Edmond’s humanity, while also threatening his priesthood.

“Penetrating intelligence and emotional entanglements aplenty,” said the Cleveland Plain Dealer, “As it closes with a haunting final question mark, the strength of Custody of the Eyes lies in its inability to answer its own pesky questions about church and the soul.” 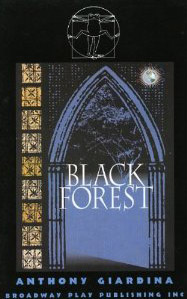 At an elite women’s college in Massachusetts, two minor crises emerge during the Fall semester: the philandering head of the English Department decides to callously end his affair with a colleague, and an aging professor is caught making unwanted sexual advances to a student. But in the academic world of the early 21st century, there is no such thing as a minor crisis. For Jacob Freundlich, an English professor approaching middle age, the sudden necessity of making moral choices, rather than just teaching books about them, leads him into a devastating midlife crisis of his own.

A comedy about the necessity, and the exquisite pain, of making choices. “A class act,” said the Hartford Courant when the play opened at the Long Wharf in New Haven, “ a play well worth auditing. Giardina balances his banter about the great writers with penetrating looks into the lives of male teachers.” 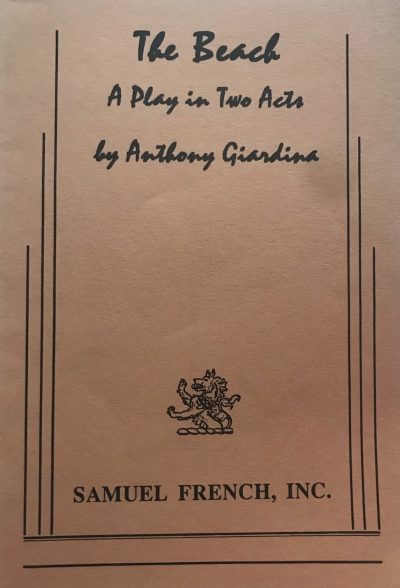 Three couples in their thirties have for years shared beach houses and summer vacations along the New England coast. This year, Ben’s wife has left him and the vacationing group is joined by Sara’s widowed sister Elaine. The specter of divorce causes each remaining couple to examine their marriage. Sara chooses this moment to ask Tom to father the second child she has long wanted. Tom is troubled by Elaine’s vitality and sexuality; she represents all he might gain if he left marriage and fatherhood behind. He does make a bold but finally unsatisfactory break from the group. Harry and Julia, whose embrace of ordinary life allows them to accept the loss of passion in their marriage, and Ben ultimately demonstrate the real potential for growth and renewal. 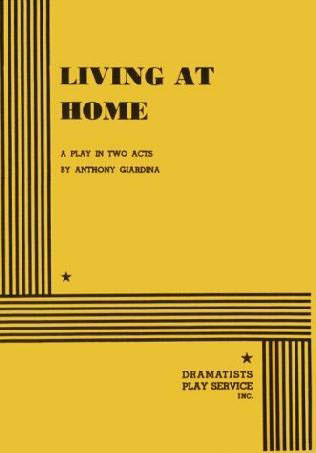 Having dropped out of college, yet reluctant to tell his friends of his decision, John Bogle drifts aimlessly. He rejects his father’s offer to take him into his business; derides his brother for his ambition; teases his younger sister and her muscle-bound boyfriend; and is unable to deal with the illness of his mother, who lies upstairs dying of cancer. Turning aside his family’s well-meant interest with flippant humor, or by reading passages from Eugene O’Neill, John’s emotions rise to the surface only when challenged by a telling encounter with the sister of his brother’s girlfriend, and in a poignant reunion with the unappealing girl who had idolized him in his high school days. But, in the end, John’s cool buffoonery breaks down in the face of his family’s continued concern, and he undergoes an emotional catharsis, pouring out, at last, the pent-up feelings and uncertainties that had been undermining his attempts to come to terms with life in the youthful present and for the years to come.